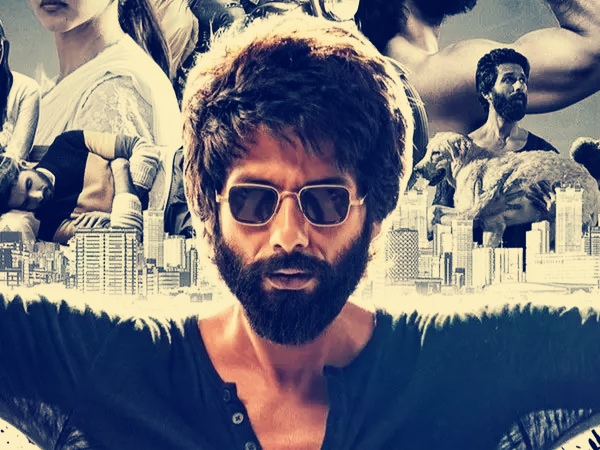 I went to watch Kabir Singh a couple of days back and since then I have been itching to write this but have been apprehensive. I am a non-confrontational person and I know, I would have to answer my fair share of questions after I put my thoughts in writing. What gave me courage to finally sit down and write are the makers and actors of this movie. Surely, they would have been aware of the backlash they might have to endure when the film, they had so painstakingly made, hit the theatres.

After all, Indians, in general, are a sensitive audience specially when it comes to moral issues.

Thankfully, there wasn’t a politicised scene about or reaction as to the impact of a movie like this but the reviews said it all. There were people who said that the moral compass of the makers face duly south to have come up with and endorsed such an idea, some praised the performances and yet disliked the message, the constant refrain is – ‘what is the world coming to?’ or the young would emulate the character..

It is a classic case of the chick and the egg. What came first? Cinema shows what is happening in the society, it is a mirror of what we see around or is it cinema that gives birth to unconventional ideas and air them for innocent, unknowing people to emulate? We can’t blame the makers for making something that is already rampant in the society. It is our denial mindset which fails to acknowledge that this, in fact, is the reality in modern day India.

And come to think of it, what part of the movie do we not see around? If it is a negative, toxic relationship we have aversion to then it isn’t all that rare. In fact, it is more common than the common cold. Always has been. There have been other films too that have portrayed this toxicity and let’s face it, we do see it in everyday life too. The boy obsessing over the girl and the girl eventually giving in to the care and attention, overlooking the toxic behaviour, is an everyday phenomena. Most couples realise it later when the initial flush of love and sex wanes. I was amazed at the female character, though. Where do we find such demure girls nowadays? And that too someone hailing from a metro city.

There are instances of alcohol and drug abuse (I am calling it abuse because the boy nearly kills himself with an overdose) in the movie along with excessive smoking. Now, all these have long been considered evils in the society and also a threat to one’s health. But has that stopped anyone from using them? They are openly available in the market. They are addictions and thus the manufacturers and governments know that people will buy them, come what may. I should be candid in saying that they are in fact a major source of income to the government, through the taxes. It is not that the young would start smoking, drinking or resorting to drugs if they fail in love. The modern day Devdas is a myth. People drink and smoke because they want to. It has always had this added image quotient of ‘looking cool with it‘, attached to it.

Anger issues and a devil may care attitude which the male lead portrays is not to give a certain edge to the character, it is in fact a flaw that many of us are dealing with. As a teacher, I have seen it a lot in the students of a certain age. Some mellow down, others don’t. The language used also has become an everyday part of our lives. The abuses that are hurled around, the gaalis are something that the young don’t even notice because they have been using them for years now. Some of them have actually become terms and phrases of endearment among friends.

If it is the operating or performing surgery under influence or ethics of a doctor that worry an audience, then it has been dealt with convincingly in the film. The character, himself, takes the moral high ground by accepting that he is an alcoholic and that although he hasn’t brought any harm to any of his patients till date yet he would take the punishment or penalty of putting them into danger by merely handling them in such a state.

The content of the movie was a surprise to me, because rarely have Hindi movies been so explicit in dialogue, language, wit, state of undress and mannerism. There is no inhibition in asking for sex or ‘physical help’, as the actor puts it or counting the number of times that a couple has been intimate with each other or, for that matter, the hero explaining to his dad the meaning of ‘personal space’ reminding him that he, the father, had got married at the age of 23 and he, his son is still unmarried at 28. So, he should actually understand what personal space between a girl and a boy would mean. Some might find it bold but the boy also confronts the girl’s father when he catches them kissing on the terrace saying that had they been married and he been his son-in-law, the father would have walked off giving them that space. For the first time, I saw an acceptance of the physical part of any romantic relationship, not only in the characters of the movie but also in the raucous crowd of spectators gathered there.

I was surrounded by a youthful crowd during the movie and they bawled and hooted as much on the intimate scenes as they did on the sudden appearance of a bearded and cool- looking hero or his motorbike, for crying out loud. I did not hear any gasps of surprise or scandalous hawws from the audience on such scenes. The idea wasn’t alien to them, atleast not to most of them. I found myself laughing with them. I am middle-aged, to say the least, but I could appreciate the wit embedded in the dialogues too.

All because it is a Hindi movie, the makers had to give it a happy ending and that was my only disappointment. It was unconventional and yet so refreshing when the hero doesn’t even blink an eyelid when he sees the pregnant heroine and it comes naturally to him. It is not even a question in his mind. He has already accepted the child as it is her flesh and blood, not bothering about where the sperm came from! But then to appease the moral sensibilities of the audience, who cannot be kept out even with an ‘A’ certification, the makers twisted the story and Indianised it. It was, infact, their love child she was carrying and she had been living on her own all these months.

Barring this minor hiccup, I had fun watching the movie and I loved the performance of Shahid Kapoor and am totally taken in with the music of the film.

May more such movies be made without the fear of them corrupting the society. If we believe that such movies corrupt the society and if the impact of a movie can be so obvious then why don’t we improve as a society when we see virtues there? Why don’t we emulate the good? A movie is a movie. The purpose of its creation is telling a tale, entertaining people, and ofcourse raking in the moolah, for it is business too. Let’s not place the responsibility of making or breaking a generation squarely on its shoulders. The decadence of a society isn’t solely due to its art, but its art does reflect what is seen in the society.

We have already stepped into the 21st century and made our individual decisions as to how we want to lead our lives. What a person does in his or her personal life shouldn’t be a cause for moral policing, judgement or interference by anyone.

There is a dialogue in the movie that ‘one should not be so free-willed in a democracy’. I think it is time to challenge that!