I had heard people speak about it and I am sure I also must have, at some point in my teaching career, provided lip service to the sentiment of ‘following one’ s heart‘ or ‘doing what one is passionate about’. I have examples galore of the fact that people do give up on their dreams when life happens. The race to earn and accumulate wealth to support a desired lifestyle or to provide for a family takes prominence in the larger scheme of things. An extremely gifted writer friend of mine, Prerak, muses thus-

Our passions and interests take a back seat. Things that once gave us immense pleasure or those that brought out our creativity and latent instincts are all but lost. True, the flame doesn’t extinguish completely but the heat is gone. We tend to take them up as hobbies and then we write, paint, sing, dance, cook or travel when time and circumstances permit.

Few amongst us have the fortune of really doing what we were cut out for. And such people shine through any crowd. They have their life sorted out atleast in the way they want to lead it. They are not compromising on their dreams and thus their work speaks. There is a special aura around them that attracts people wherever they go. And some of it rubs off on people like us, with association. The past couple of months have been one such mystical journey for me, thanks to such charming friends who simply love what they do and are eager to share their exploits or take us along where their Vagrant Minds or Itchy Feet take them.

She defines Art as the medium of the creative & Artists, for her, are people who have the vision to see beyond the obvious. In no way she believes Art to be elitist.. Meet Dr. Sangeeta Singh, artist par excellence, creating waves on the Jaipur Art Scene for years now. Her brand of Art is inclusive of the laymen. To her, Art is finding a charm and beauty in the mundane, everyday things.. It’s one’s perspective that gives a different meaning and scope to things that are otherwise unremarkable or ordinary.. Come to think of it, even ordinary is art..

I have had the distinct pleasure of knowing her for a decade now and in all these years I have seen her grow as an artist. I am an ignorant when it comes to art so much so that I can’t even draw a leaf to save my life but she never looked down upon me. Working together, once we had to make some invitation cards. She had an abstract concept of shades and strokes and weird eye catching combinations that gave life to those cards. What is significant is that she didn’t do it by herself, she motivated us to participate. What fun we had! Added to it was the satisfaction of having made them ourselves. That was, some eight years back.

I was recently invited to one of her Art Exhibitions, that she had put up at the Kalaneri Art Gallery, Jaipur, in collaboration with numerous other artists and students of Art. Having missed out on couple of her previous exhibitions in as many years, I decided to visit this one, come what may. It turned out to be a sound decision on my part.

The central theme of the exhibition was to create best out of waste. Her corner, according to me, was the most creative and interactive. And I am not saying that because of my long standing association with the artist but because her passion for her work was evident even to an unskilled eye and mind like me. Her vision was not just for what is, but also for what can be and what should be!

She had a female mannequin buried in a huge wooden crate filled with sand, depicting Mother Earth with blue ribbons running out of her hands, depicting the flowing water or rivers. Her message of sustainable development wasn’t lost on anyone who cared to wander in. With one stroke of genius, one little corner in the exhibition room, she not only underlined the reckless and brutal misuse of earth’s resources by Man but also the need to conserve them – our forests and water.

Her blue line (ribbon) symbolically flowed out of the hands of Mother Earth, climbed up the steps of the gallery and continued to flow beyond the premises. She made sure that the guests understood her idea and participated in it by planting little saplings along her blue line. Her acute sense of Art and spirited presentation of this seemingly ordinary concept, was extremely impressive & remarkable. We left the venue, enriched and happy to have shown our solidarity with so grave an issue in such an artistic yet simplistic way.

Sangy has moved on to yet another venture. She is putting up her work for the Delhi people too. She recently had an inauguration at ITC Sheraton, as part of Classique. 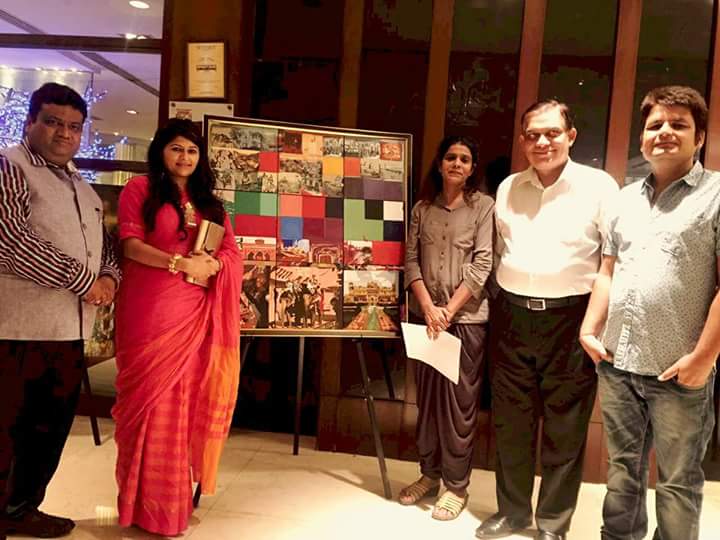 May she have further hues to add to her already vivid, vibrant montage of life.

Another, much younger inspiration came to me from an ex-student of mine who has now made a name for himself as a web designer, photographer & a cinematographer with sharp skills & a keen eye for details.

Sourabh Gaur, hails from the sleepy town that is Bikaner yet he didn’t let his dream die. His aspirations became his motivation and as they say no hurdle is big enough for a sentient mind and a willing heart. He set out to scale a mountain – both literally and figuratively.

In the picturesque locales of Himachal, the peak he aimed at, stood some 18,750 feet high. To reach the acme, was going to be a test of one’s grit and determination. He tread, on foot, the path deemed too risky for nimble footed animals too. His eyes open only to the Vivid Vistas stretched out before him. 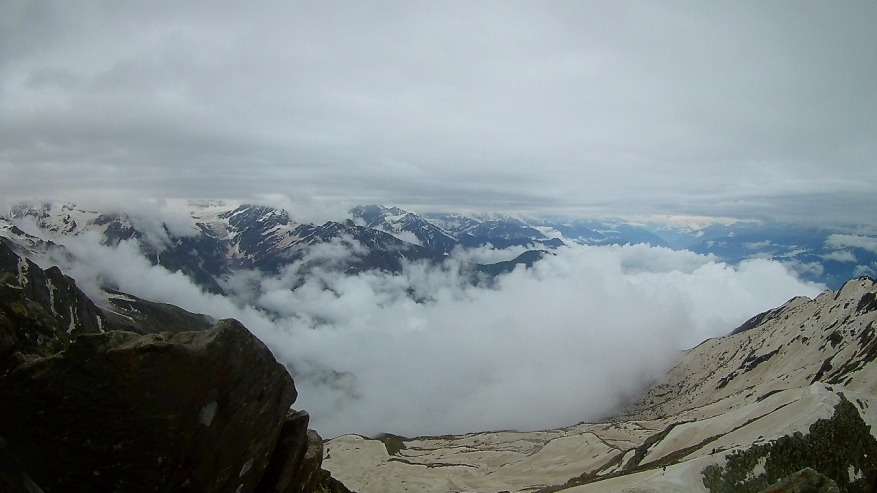 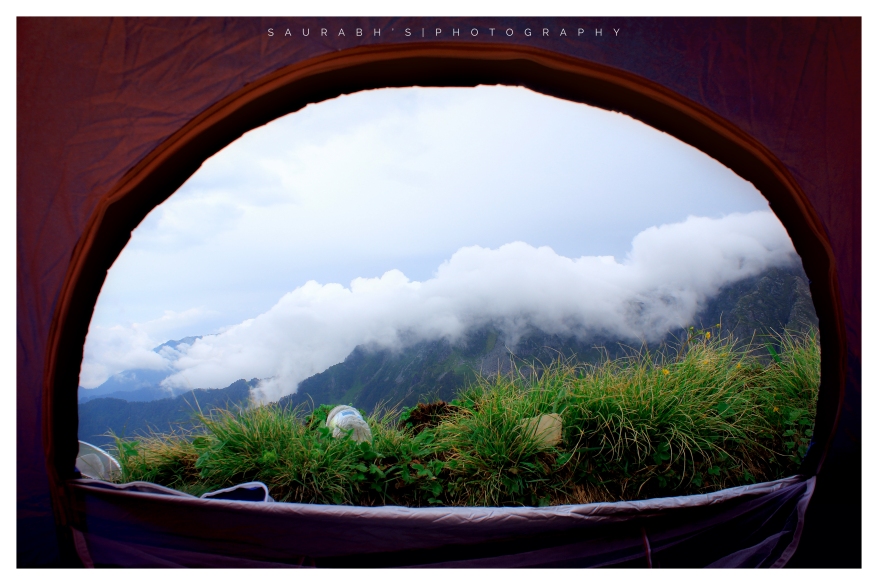 So complete was his will to be one with nature that he ignored the risk and just concentrated on the goal and along the way made good use of the journey itself. He chose to look at the ethereal skies, verdant vales, lofty peaks & the beauty that lay beyond the rough, slippery terrain. And how true the words ring- The best views come after the hardest climb. His pictures are proof enough of the exciting trek he embarked upon. He is reluctant to share the details & the location of his adventure because he feels that the pristine, almost virginal peace & beauty of that place wouldn’t remain intact if more people knew about it.

Yet another venture that makes one believe that our future is in safe responsible hands, is the Bikaner City Blog. 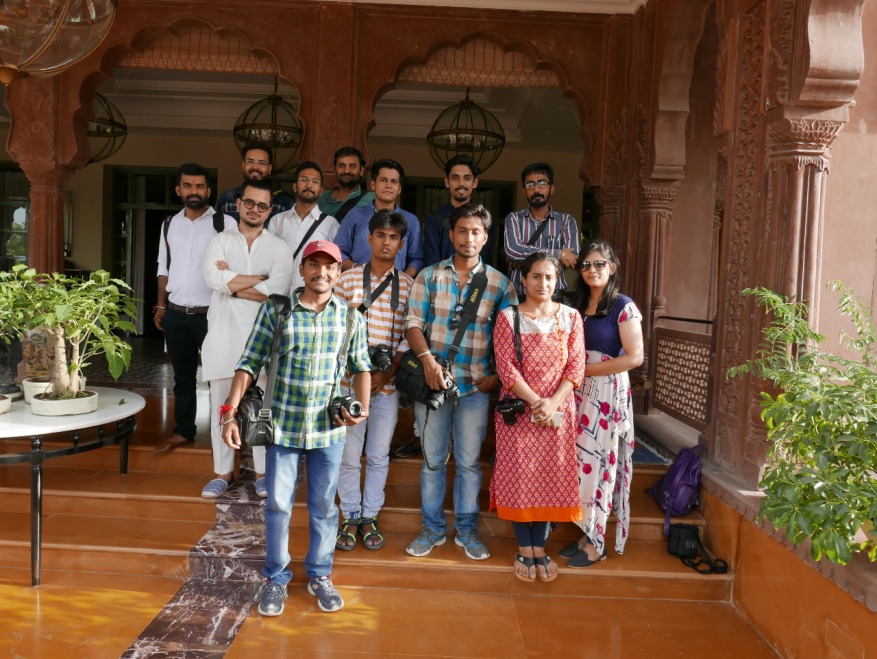 Aimed at promoting and nurturing the culture, history, food, lifestyle & young talent of the city, this non profit organization is run by highly motivated youngsters fresh out of colleges. They organise events to popularise the legacy and inheritance of our colorful yet quiet city. 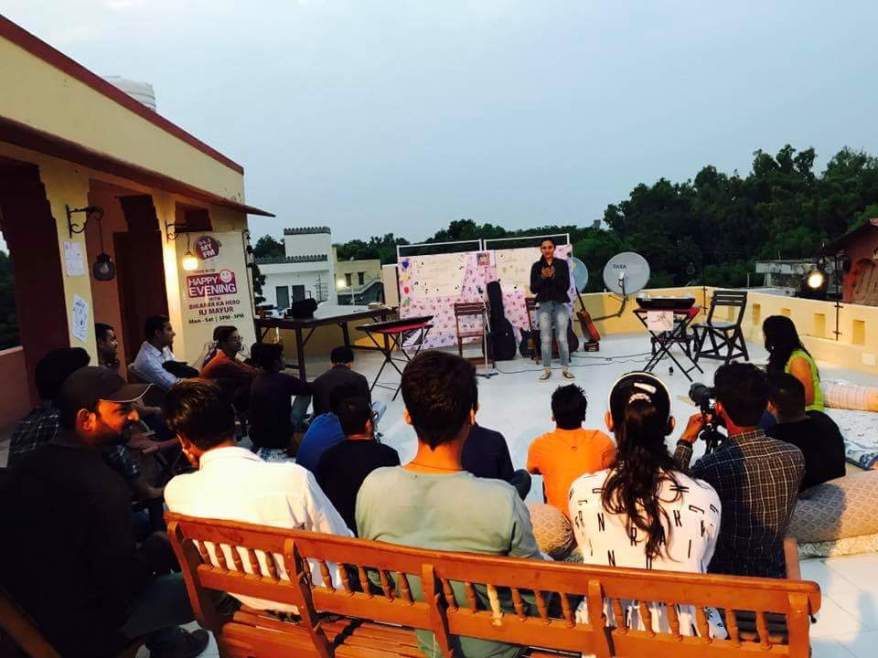 They are working hard to provide a platform to the youth of the city to showcase their passions and talents. In the same spirit, they organised a Musical Meet a couple of days back. I couldn’t make it to the event but saw live updates on various social media platforms, that have knit our lives so closely together, and once again I was in awe of these nestlings that are so eager to give wings to their imagination.

The meet, first of its kind in our city, was a resounding success. It was heartening to witness Art in such raw, pure, unadulterated form. The satisfaction and bliss of following one’s own heart was written large on the smiling, shiny faces and in the sparkling, expectant eyes of the performers. They sang and played their hearts out.

A group of three friends got together to begin the Golden Sand Production Company that is fast becoming a household name in our torpid little town. Away from the humdrum & glamour of big cities, ours is a laid back society that is nevertheless rich in tastes and talents. The idea behind Golden Sands is to bring forth the vivacious, lesser known facts about our city, to acquaint the people, young and old, with the eccentricities and idiosyncratic tendencies of our Bikaner. They churn out music videos, promote acting and dramatic talents, organise events, and take up socially responsible tasks in their bid to fulfill their dreams.

It is not as if these are the first amongst us to break away from a well – paved path to attain what their hearts really desires, neither will they be the last. But wherever they feature in the hierarchy, they are worth a mention because they are doing what they do best. They have digressed from the prescribed and recommended courses to carve out their own. They took a risk to dive head along in the labyrinth of life and have come out tops.

People who do what they are destined to do, are a different breed altogether. They don’t shy away from the challenges that life, inevitably, throws their way. Nothing can stop them from persuing their cherished fantasies. Their simple charm in being what they truly are, cannot be hidden, anywhere they go and whatever crowd they mingle in. There is no mediocrity in the work they undertake. They stand out as resplendent representatives of mankind.