Grief is such a personal emotion and yet reminiscing someone we love after they have passed on, through our words or in our hearts, is cathartic, therapeutic even. November last year, my friend, philosopher &  guide- Sujata di, lost her mother. The raw pain and grief I witnessed,  when I went to offer my condolences, was heartbreaking. She, at last,  found it in herself to write about Aunty. What I share below is her tribute to the extraordinary woman that her Ma was. When I asked di whether I could share it on my blog, she just said, “You may, if you feel it is alright. I want people to know her.” I had the good fortune of having met her and I wish I had known her better. Rest in peace Aunty!

Driving alone to Lucknow on a

Sunday evening, I saw my mother

in my mind’s eye, smile,

and beckon me into

her arms, gathering me close to

her heart and I realized

that the warmth of her

most precious thing I had in my life,

but on reaching home, this image

under the oxygen mask, my

and as I held desperately, fiercely

on to her hands, she bid me goodbye, her

eyes finding mine, then slowly

Her final journey had begun

(With apologies to Kamla Das) 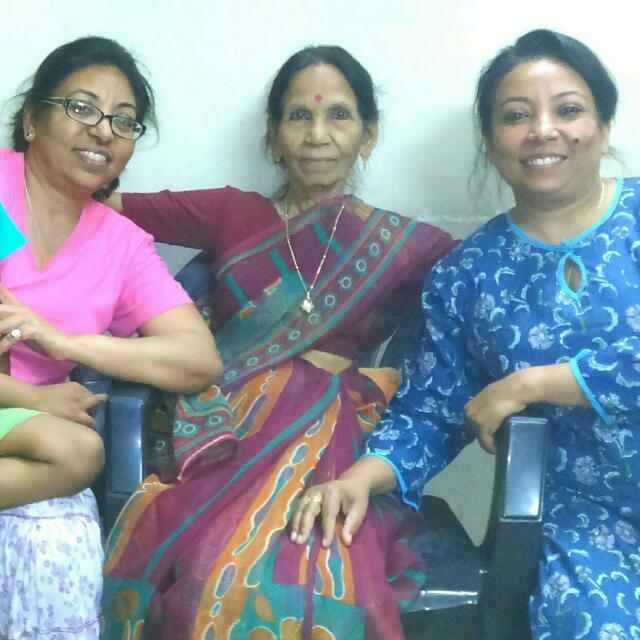 MA
My All and all!

When the dawn breaks over the saffron skies,

When the dreams of night slowly leave my eyes,

When the first wild rose blooms among the rushes,

When the air resounds with the songs of thrushes,

When the dark clouds descend in a flood of tears,

When the sounds of silence are all that one hears

When life and love and you seem a part of my past,

When out into the world, like a waif, I am cast,

When the strong gusts of wind make me tremble and sway,

When the power of my thoughts takes me far far away,

When the meaning of truth seems empty and lost,

When the star of my fortunes seems forever to be crossed,

When each new night and day brings tears anew,