I Believe in Magic✨ 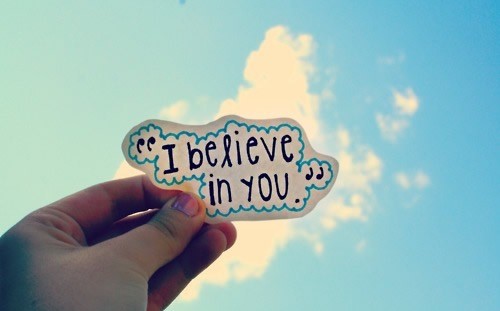 “Do you like Country music?” asked Prakirti. My last blog must have led her to believe that I understood the western music scene quite well, so I told her that my musical education was sporadic, at best. And that it was quite late in life that I had picked up English songs and artists. Hence, differentiating genres was beyond me. She said, “Let me send you a selection of songs, then.” She did. And I instantly fell in love with this beauty.

Don Williams – I Believe in You

​I don’t believe in superstars

I don’t believe the price of gold

The certainty of growing old

That right is right and left is wrong

That north and south can’t get along

That east is east and west is west

And bein’ first is always best.

For only those who congregate

He knows who does and doesn’t care

And I’m an ordinary man

Sometimes I wonder who I am.

I know with all my certainty

What’s goin’ on with you and me

Is a good thing

I believe in you.

Is as common as it used be

In workin’ days and sleepin’ nights

That black is black and white is white

That Superman and Robinhood

Are still alive in Hollywood

That gasoline’s in short supply

The risin’ cost of gettin’ by

I believe in love

I believe in babies

I believe in mom and dad

And I believe in you.

Once again,  I was done in by the soothing music, the bewitching and entrancing strains of the guitar, the charismatic baritone of Don Williams and most of all by the lyrics – Words, weaving Magic. So simple yet of such import.

Out of all the delightful things that the artist says, he believes in, I chose MAGIC as the title of my blog. I shall try and elucidate, rather justify my choice of title in my plain, ingenuous expression.

The writers of the song and the artist who made it so popular might have concentrated on Love, I like Magic. For me love is magic, faith is magic, music is magic, divine providence is magic, mom-dad-babies-children-old folk all Magic.

Not even a week has gone by, I was down and out, suffering from despair. I wrote about it. Magic transpired. I got support from unexpected quarters. People who were long gone, without any contact whatsoever, reached out. Mere acquaintances came forward with their stories, experiences and suggestions. I was pulled out of the dark by so many helping hands. I received calls from people I had never spoken to and they made small talk feel so relieving (case in point, Prakirti, the child who gave me this song and set the ball rolling for this piece here.. Thank you. Grateful!) I was so happy to find so much love & care that indifference & ‘what can I say to this’ attitude from the people I expected relief from, also did not dampen my spirit. I had embraced Hope. Pure Magic. Bliss.

I have often heard people say- Do not be afraid. Go ahead, do your part and things will automatically fall into place. I feel a certain amount of fear of the unknown, of the outcome, of the process is a great motivator in getting things done. Fear is magic too. Just the right amount and you are on your way.

The most splendid, resplendent, glorious of all Magic is the ability to connect with People. Family-parents, grandparents, siblings, sons, daughters, cousins, friends, co-workers, colleagues or even for that matter the strangers we come across everyday while walking down a street or entering a building, attending a concert or a show, shopping in a mall or arcade. People are everywhere. Just smiling down at them creates Enchantment– a mystic energy that envelops us and makes us believe in each other. It coerces, compels & drives us to be more accepting of our differences, of each other’s opinions & circumstances. Acceptance is Magic. Belief in each other is Magic.

I believe in Magic✨. I believe in You-my people💖, my circle of light 💫, my ring of faith.😇